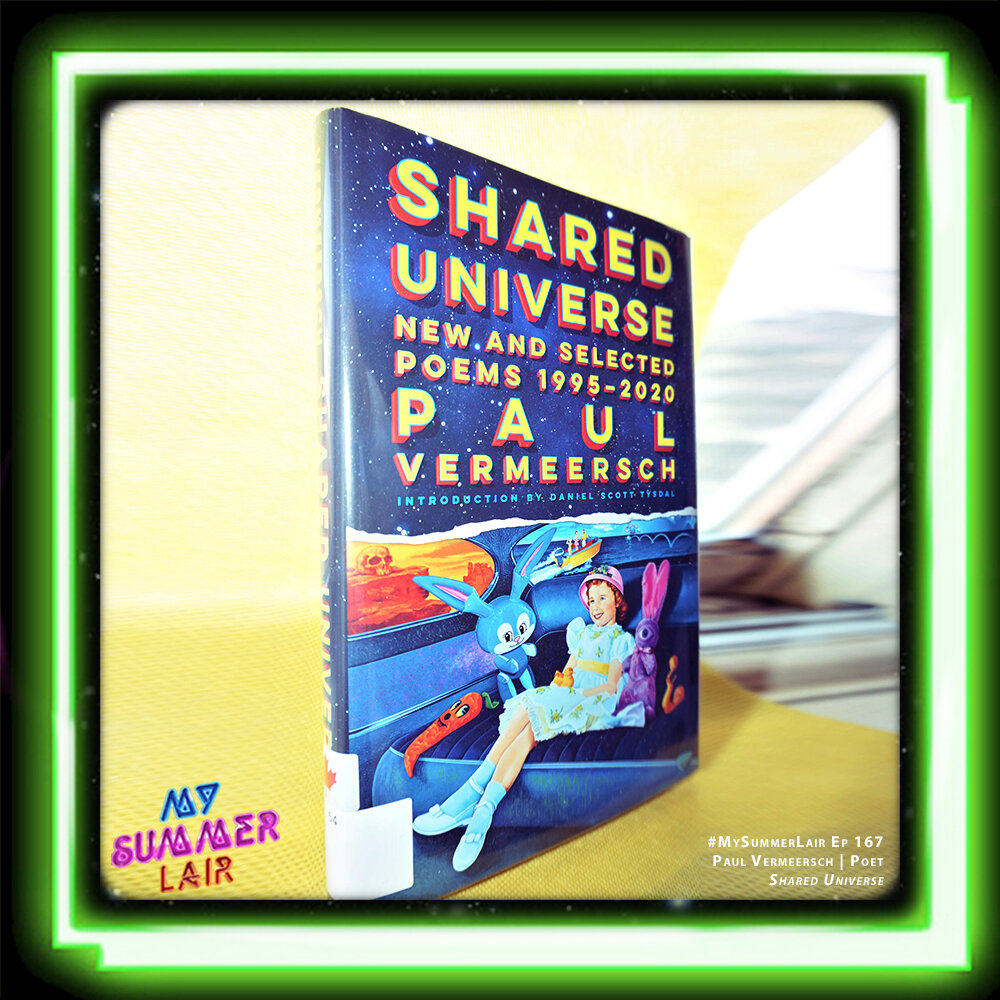 This is more than just a best of poetry collection although it is that.

You know how Marvel movies started with Iron Man, then the Hulk followed that, Thor and then Captain America each character and their world was properly established.

Like a patient architect Marvel Studios introduced each remarkable character via a solo movie before bringing them all together in Avengers.

According to Paul Vermeersch writing poetry follows that same process. A writer issues poems in various books and publications and it’s like an Iron Man stand alone movie or a Captain America movie.

With Shared Universe as Paul explains it he’s now bringing all his poems together: Avengers Assemble! and the result is a fascinating contrast in light of a bold yet fresh context.

He said to me during his recent My Summer Lair visit: “I understand that I work in an art form that has less broad popular appeal than say a superhero film. But I can certainly borrow from that genre what I think is interesting and use it as a framework for the work that I’m doing.”

Check out the More Poems of Prophecy and Clairvoyance section on page 155: starting with the poem We Are The Algorithm Made of Habits: “We do not simply vanish from the Earth.” Certainly not…not with our digital lives. Our online profiles will out live us. Much like poetry.

Shared Universe is fun for nerds and non-nerds: the poems in this best of collection are not chronological.

Instead they’re fueled by an optimistic imagination: a space age hope for the future. Sometimes we gotta look back to look ahead.